Honda cub is the best selling motorcycle model in the world. From its launch in 1958 to 2017, the sales volume of Honda cub officially exceeded 100 million. Even the CG125, which is widely popular in various countries, is not comparable. 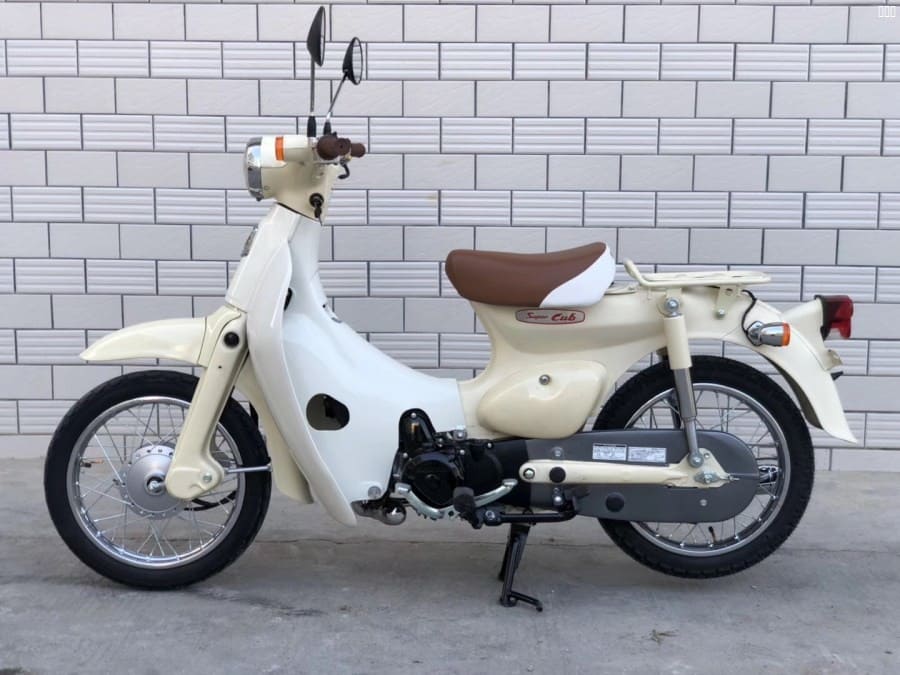 In 1958, Honda engineers went to Europe for market investigation, and then put forward two design schemes: 1. Vigorously develop high-performance motorcycles and promote the brand through events. 2. Develop mopeds to meet the practical needs of “driving with one hand and carrying a tray full of buckwheat noodles with the other hand”. Through the development of civil products, increase market share and create more profits.

Finally, the moped scheme won, and Honda began to develop new models. They strive to make the new model strong, lightweight, fuel-efficient and superior practicability. Hope to be able to fully meet the needs of people in Japan and even Europe and the United States to travel and carry goods, and become people’s life assistant.

At that time, most of the motorcycles designed and produced adopted the design of front fuel tank, which caused inconvenience to get on and off, and inconvenient for women to ride. After several feasibility certifications, the fuel tank was cleverly placed under the seat, and the area in front of the seat was empty. Later, this design became an important factor in the big sale of Honda Cub.

After the launch of HondaCub model, it soon began to sell well in Japan. The total annual sales volume of Honda motorcycles before the launch of cub was 40000. The sales target set by Honda Cub in Japan is an annual sales volume of 30000 vehicles. As a result, after the unexpected hot sales of cub, it felt that it could sell 30000 vehicles a month. As a result, cub’s future sales will far exceed 30000. 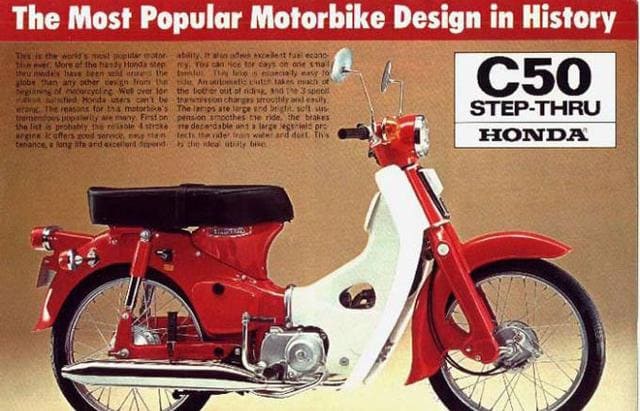 When Honda Cub models were selling well in Japan, Honda company began to sell cub to Europe and America. In order to establish a complete sales and maintenance system in the United States, Honda applied for a loan of US $1 million from the Japanese government, and finally passed only US $250000. 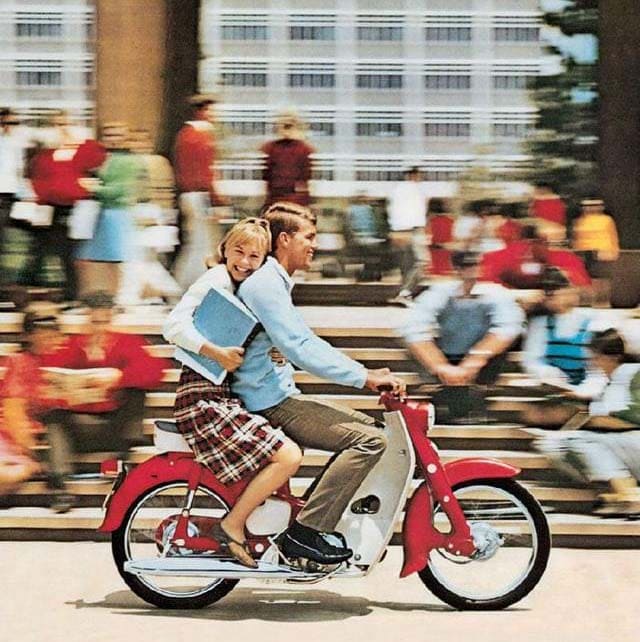 After careful consideration, Honda decided to start with “life” and show the world the beauty of motorcycle life with a series of friendly slogans and truthful descriptions of products. Take this publicity poster as an example: a pair of men and women who look like company employees sit on a speeding cub, bathed in brilliant sunshine and gallop freely on the streets of the city… Young animals born for life, In Honda’s plain expression, it moved countless American people, gradually became the most popular living vehicle for Americans, and affected this “motorcycle life” lifestyle in other countries.

Super cub was never positioned as the main product in North America in the initial plan. When HONDA founded North American HONDA in 1959, it only sold three motorcycles at first, namely dream, Benny and super Cub. Among them, super Cub was used to supplement the number of sold vehicles. The company did not think that this car had any chance of success, but the final sales results were exactly the opposite. 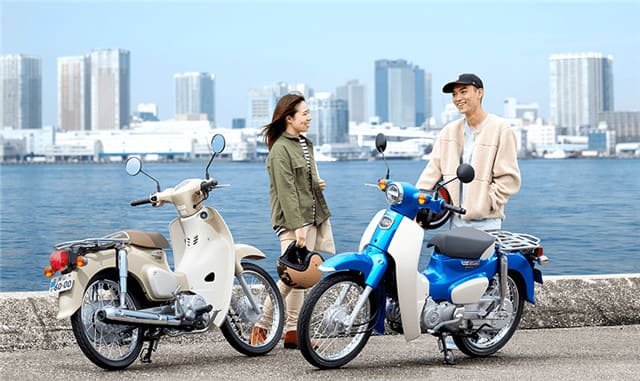 Today, HONDA Cub has become a legendary model. The name Cub has influenced a generation’s understanding of the curved beam car in Hong Kong. Today, “Cub boy” has even become synonymous with the curved beam car. Cub can also be seen in Honda Cub in film and television animation works. 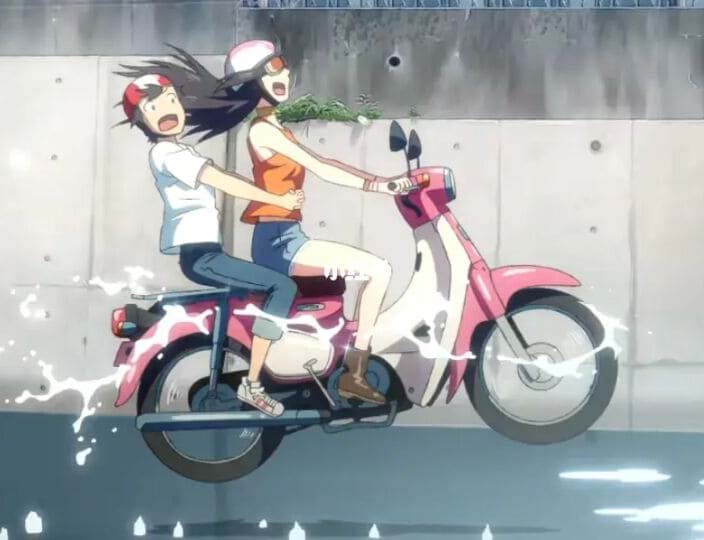 Although there are many unexpected factors in the popularity of HONDA Cub, it is natural that the product itself has excellent quality, strong practicability and popularity. MR-STRONG is also a brand that insists on making original quality motorcycle parts. In addition to C 100-C 110 and WAVE 100-WAVE 110 Cub models, we also wholesale other mainstream models. If you are interested, please contact us. In the future, we will continue to update the classic motorcycle model series. 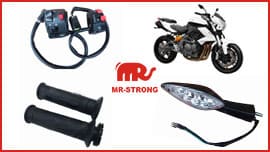 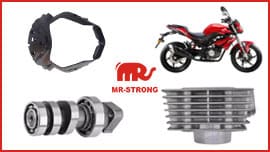 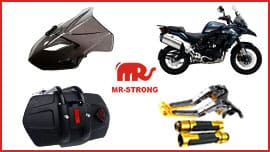